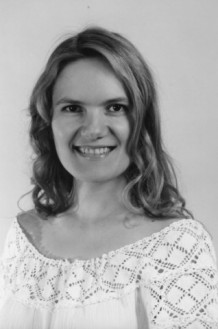 Lithuanian pianist Indrė Eugenija Želvytė was born in Kaunas in a family of musicians. Both her parents have had a great influence in her musical vocation. After first studying the piano with Professor S. Malcev in St. Petersbourg, she entered the Lithuanian Music Academy (LMA) and at the same time she studied at the St. Petersburg N. Rimsky-Korsakov Conservatory with Professor V.Vishnevsky. In 2004, she obtained the Master Degree of Soloist and Pedagogy. She defended the title of doctor at Paris Sorbonne in the department of music and musicology.

Indrė Eugenija Želvytė has given many solo and chamber music concerts in different towns of Russia, Lithuania, France, Austria and Poland. She has performed in many prestigious halls of St. Petersburg and has played with some of the most outstanding orchestras such as the N. Rimsky-Korsakov Symphonic Orchestra and the St. Petersburg State Capella Symphonic Orchestra under A. V. Chernushenko as well as with Vilnius St. Christopher Chamber Orchestra under D. Katkus. As a soloist, she has taken part in some important festivals in Austria, Russia, France, Poland. Her repertoire includes works of different epochs as well as works of prominent Lithuanian composers.

In 2007, she worked for the organisation of the M. Long and J. Thibaud competition in Paris and presented on stage the performances of each participant at Salle Gaveau and Salle Pleyel.