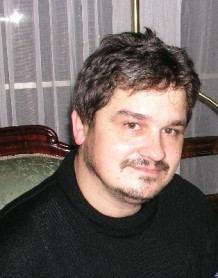 A graduate of Technical School of Piano Building in Kalisz, a technician recommended by the company Steinway & Sons. He has got a Diploma of Steinway Academy and the title of concert tuner given by the company Steinway & Sons in Hamburg. He collaborated with the Academy of Music in Bydgoszcz, Gdansk and Warsaw, as well as the Wroclaw and the Pomeranian Philharmonic Halls. He perfected his skills in pianos factories Steinway & Sons in Hamburg and in Bsendorfer in Vienna. In 2001 he was invited by the director Stanislaw Leszczynski for handling pianos at the Stanislaw Moniuszko International Competition in Warsaw. This has resulted in permanent cooperation with the Grand Theatre, National Opera and with Fryderyk Chopin National Institute in Warsaw. In the NIFC he takes care of historical pianos of Erard from 1849 and Pleyel from 1848 on which gave concerts and made ​​recordings such pianists as: Fou Ts`oug, Nelson Goerner, Janusz Olejniczak, Dang Thai Son, Tatiana Szebanowa, Kevin Kenner, Ewa Pobłocka, Wojciech Świtała. Since 1998 he is constantly collaborating with the Editorial staff of Polish Radio Recordings  in Warsaw. He also collaborates with the record companies of Accord as well as Dux. Due to the cooperation with the company Steinway & Sons he specializes in repairing pianos of this company and is invited to prepare pianos at various Festivals and Piano Competitions. Since 2005, is working at the National Philharmonic in Warsaw. He participated in the selection of a concert grand piano of Steinway & Sons for the 15th Chopin International Piano Competition in Warsaw and handled that competition. In recent times he has chosen as well grand pianos of Steinway & Sons for Polish Radio, Baltic Philharmonic Hall in Gdansk, for the Royal Castle in Warsaw as well as the pianos purchased by the Fryderyk Chopin National Institute. He is Handling the Festival "Chopin and His Europe", the Ludwig van Beethoven Festival, the Polish Piano Festival in Slupsk.
He was preparing pianos to recordings and concerts i.a. for: Marta Archerich, Grigor Sokolov, Radu Lupu, Ivo Pogorelic, Piotr Anderszewski.